How many pennies do you think a person accumulates in a lifetime? Would you bet on your answer?

Granted I am only 20 so my lifetime isn’t incredibly long but I’ll bet you I know how many pennies were saved in my lifetime. When I was born my parents began saving all of their pennies in an empty water jug. By the time I was ready to graduate high school my mom told me that it was going to be my graduation present… 3 years later it was yet to be claimed. 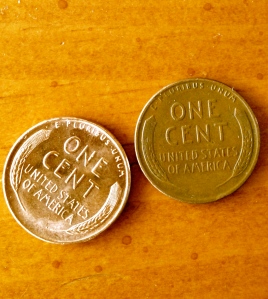 So while I was home over Spring Break this last week I decided it was time to enjoy my gift finally. The catch was that I had to sort through all of the pennies in the jug, which by now was over flowing, to find all of the wheat pennies in the mix. Wheat pennies are the only pennies that could be worth more than just one cent. In fact, my mom told me they were worth at least 3 cents, which seemed like a good idea at the time since she told me they were practically half wheat pennies. Finding these wheat pennies was not an easy task considering that the jug was so full and so heavy that we had to push it over on its side to get some of the pennies out of it!

Now I’m sure some of you readers are wondering what this post has to do with sports, well, it actually has a lot to do with sports. See I’m from Nevada and my home sport is betting! So when I undertook this long and tedious task the only thing keeping me going was the bet that our family had placed on the total worth of that bucket of pennies. The stakes were high… two tickets to any concert of our choosing! I had to win! The bets were as follows:

After a week of sorting, filthy hands, and a sore butt from sitting still for so long, the task was complete and it was time to turn in the goods. I took the wheat pennies down to the coin shop, which did not even fill half of a sandwich zip-lock bag, for a total of… $2.65. Really did not seem worth it to me but the main event was when I took the rest of the pennies to a casino to total it up… As the machine dragged on all I could hope for was it to break $300 and give me a shot at winning those thickets!

When the lady handed me my money she counted out $295.75!! It was going to be a close bet! I rushed home and got a final count of all of my coins. The final tally was $295.75 in regular pennies, $2.65 in wheat pennies, $14 in fifty cent pieces and dollar pieces, 1 dollar bill, 86 Canadian pennies, 1 Bahamian penny, 2 Panamanian pennies, 1 penny slug, 2 Harrah’s one dollar slot machine coins, 2 pearls, 1 softball bead, and 1 very old and grungy rubber finger puppet. 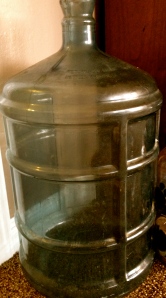 I know the suspense is killing you so I’ll just tell you now that I indeed won, as usual, by a slim $18 margin and I’m still debating on the concert tickets I’m choosing! Overall, it was a pretty great experience. Although it took forever to sort all those out I got to spend some time with my family sorting and partaking in Nevada’s greatest past time, betting 🙂 And now the collecting starts over for the next 20 years 🙂

One Response to “A Lifetime’s Worth of Pennies”