Gliding just beside the Pacific Northwest’s buzzed beer nerd culture is it’s grape-driven counterpart, not that I’d seat the two side-by-side at a cocktail party. 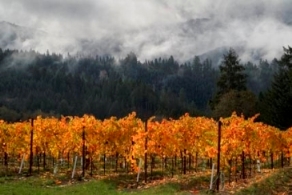 Though young compared to many regions, Oregon has made a name for itself, especially where Pinot Noirs are concerned. And now a new AVA (American Viticultural Area) is adding to its ranks: Elkton Oregon. Appellation America says the first Elkton vines were planted in 1972, but it wasn’t until this year that Elkon received the distinction of being an independent AVA.

For the less oeno geeky: AVAs are the “Umpqua Valley” or “Willamette Valley” lines on the bottle that tell you where the wine comes from. There’s a certain territorialism verging on Timbers-fan pride when it comes to wine aficionados and their AVAs.

Starting March 1, wine from this cold and wet 75,000 acre area southwest of Eugene can be labeled “Elkton Oregon” AVA. It makes the seventeenth AVA in Oregon, and one of the smallest, with just five wineries so far, including the well-known Brandborg name. The region makes mainly Baco Noir, Pinot Noir, Gewurztraminer and Pinot Gris.

As usual with small, up-and-comers, Elkton has a lot of space to grow. Winemaker Michael Landt claimed the vineyards are growing by ten percent annually.

And as with anything wine-related, the process takes its time. Elkton wines are practically impossible to find in Portland right now. No wonder, since places like Brandborg can’t bottle their first Elkton vintages until April, and even then, with smaller wineries distribution is often limited. 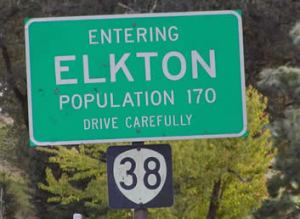 But…when Oregon’s newborn viticultural vino does find its way to Portland, here a few places to sit and sip, ranging from chilled to oenophiliac, take your pick:

This relaxed N. Killingsworth kitchen and bar has cozy-couched corners and a massive patio for hanging out with big friend groups. It’s far enough north to avoid crowds and young enough to stay fun. And Hop & Vine also boasts a more than decent wine list (beers and excellent hot toddys too).

Part bottle shop, part wine store, part bar. 1856 has that minimalist stumptown feel with unfinished wood floors and floor-to-cieling wooden shelves of wines, mixers and bitters. A scrawled chalkboard shows the bar’s daily picks. It’s a small place with minimal taps, but nice enough to wear your good shoes and take a date. (and tweet to)

Unmarked from the outside, Sauvage is industrial Southeast’s newest suave wine bar. The venue shares its space with Fausse Piste winery and on any given night one of the co-owners may deluge you with vintage information while acting as your server. Bacon wrapped octopus and chicken liver mousse are on the menu. You get it.